The Evolution of Car Keys 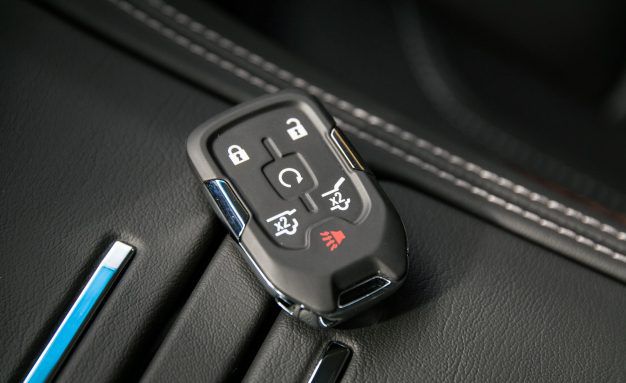 The Evolution of Car Keys

You have probably lost your car keys several times, but keys have evolved over the years and here are some highlights of the evolution. To learn more about the evolution of car keys please get in touch with Top Atlanta Locksmith.

The early 20th century witnessed the birth of the first key that can turn the ignition, it was the 1949 Chrysler automobile that introduced the first modern key through the turning of an ignition tumbler. In 1965, Ford released a double-sided key that is still being found in many modern cars. The double-sided key has cuts on both sides unlike the single sided key used before then. The double-sided design means the key can be inserted into the tumbler in either way.

The 1986 Chevrolet Corvette and 1987 Cadillac Allante

The addition of a coded resistor to the 1986 Chevrolet Corvette made it more difficult to steal the car. Any key required to start this car will need the coded resistor and many GM cars of the 1990s had this anti-theft component. The 1997 Cadillac Allante is the birth of factory-installed remote that can lock and unlock the door to the car. By the early 90s, the keyless entry fobs were already going mainstream changing the lives of car owners.

The 1990 Jaguar was regarded as the Tibbe key, it was adopted in Jaguar models before it disappeared between 2010 and 2013. The Jaguar Lexus LS 400, released in the 1990s, is the earliest adopter of the Laser cut key that comes with an additional layer of security, making it very difficult to replicate.

In 1990 Mercedes introduced the switchblade key that flips off a remote-locking fob. Modern Volkswagen products still use this type of key today. In 1993, GM introduced a proximity keyless entry system that could start your car. Today, this key can detect a nearby fob to lock and unlock a car.

In 2003, Mercedes Benz introduced a fully functional proximity key that looks like a credit card and a year later Lexus introduced its version of a smart card. It was the 2004 Chevrolet Malibu that introduced remote startup keys for Chevrolet products, in 2004.

BMW introduced the best modern display keys in its 7-series where it added an LCD touch-screen and you can unlock the car from a thousand feet away. The 7-series BMW of 2016 has a key that can set climate control and open the trunk. This key can be recharged through a USB connection.

If you operate any of these key types and you need auto locksmith for repair, replacement or an upgrade, please give us a call at Top Atlanta Locksmith, and we will be there.